How Jackie and James met

Jackie and James met while on vacation in Mexico. She was there with her sister and he was there for a bachelor party. They met at the resort and ended up spending most of their time together. It wasn’t long before James and Jackie knew they had a special connection. Before James returned home to Edmonton, he gave Jackie his business card with the hope that they’d keep in touch. Once Jackie returned to Toronto she reached out to him right away. After many phone calls, messages, and Skype sessions,  Jackie flew to see James in Edmonton. That’s how their long-distance relationship started. From then on, they spent their summers together in Edmonton and went on romantic vacations abroad. Eventually James proposed to Jackie in Toronto.

They met by the water so it seemed fitting that their wedding took place on Toronto Island at the Royal Canadian Yacht Club. I grew up in Edmonton and I live in Toronto now, so their story really caught my heart. 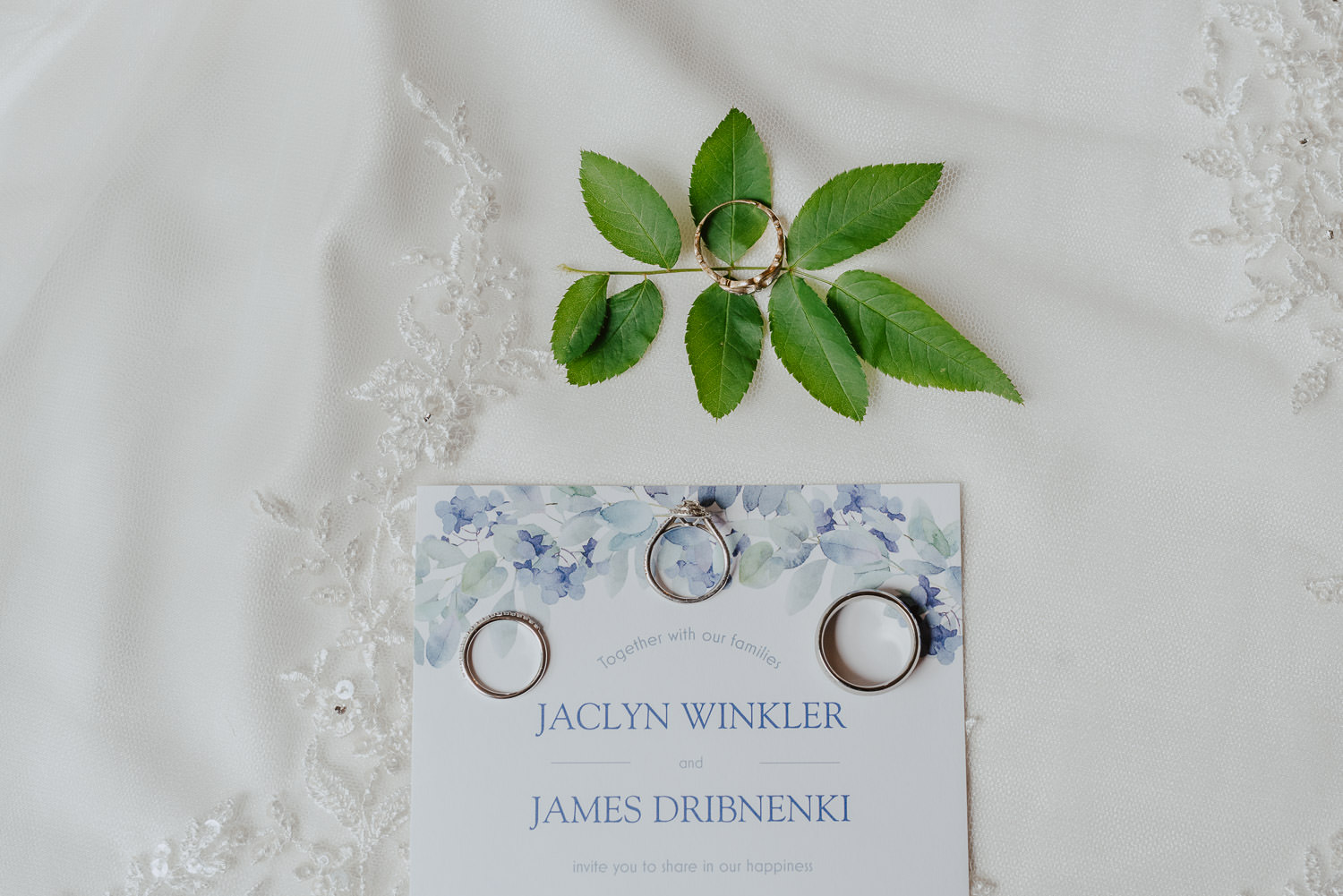 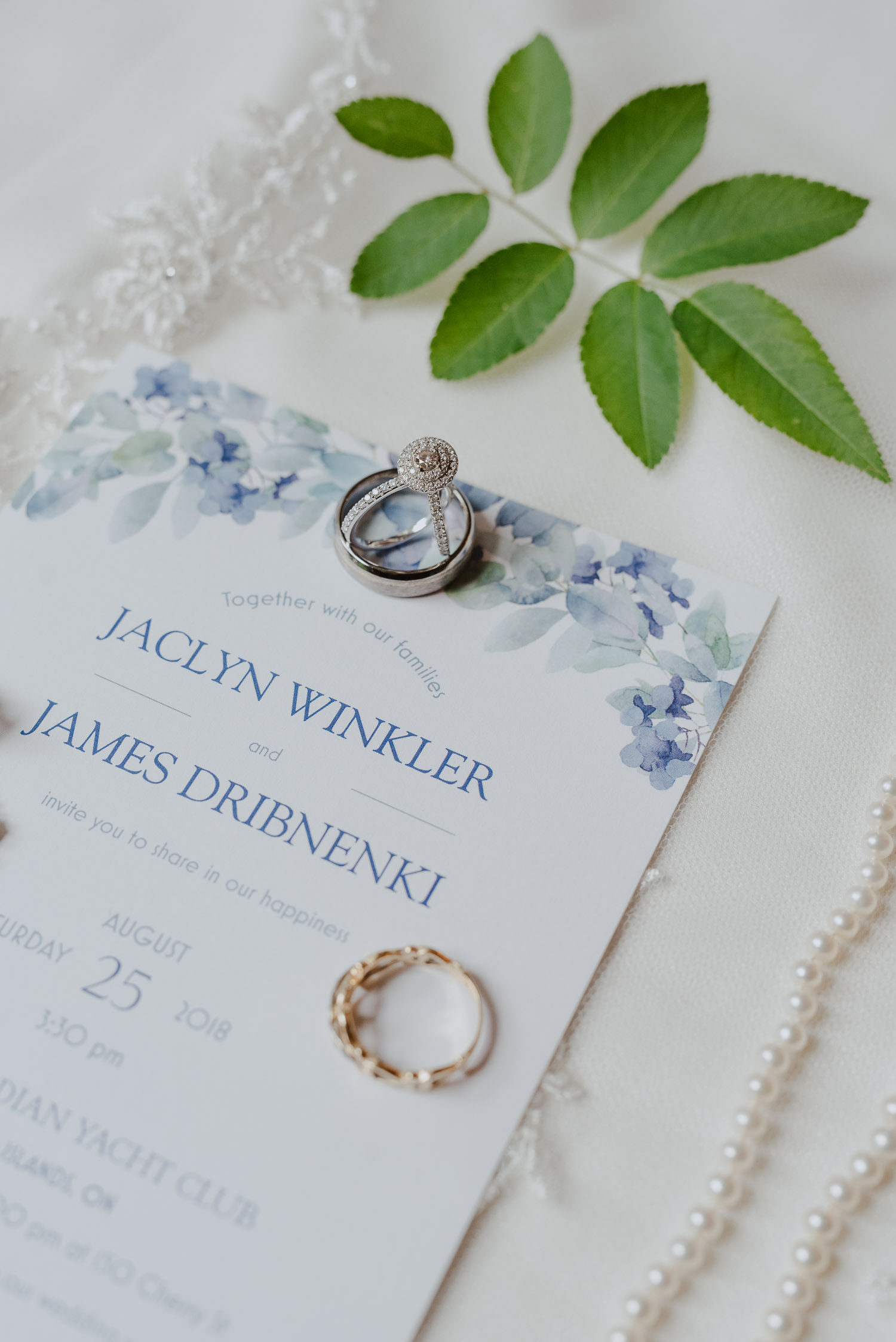 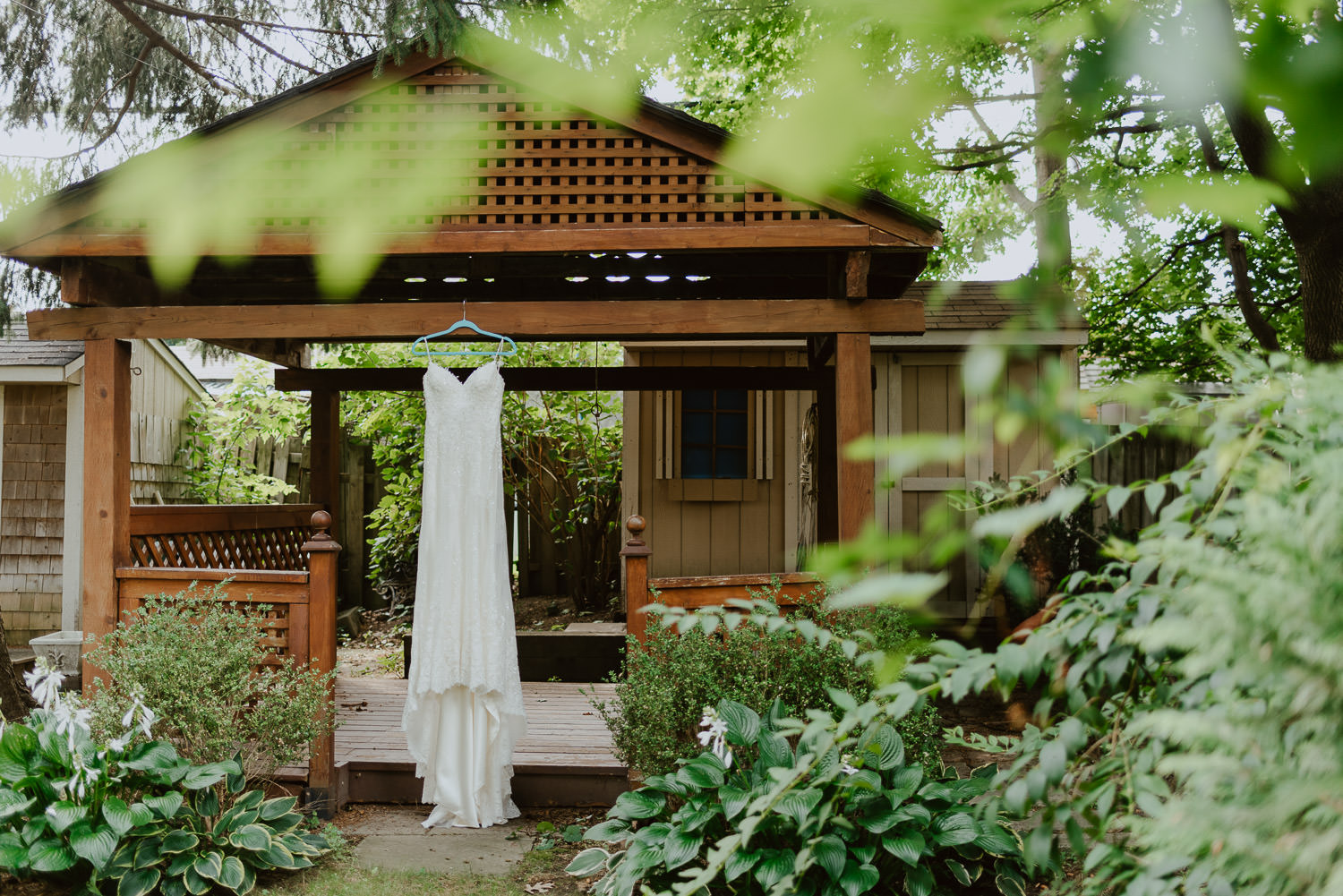 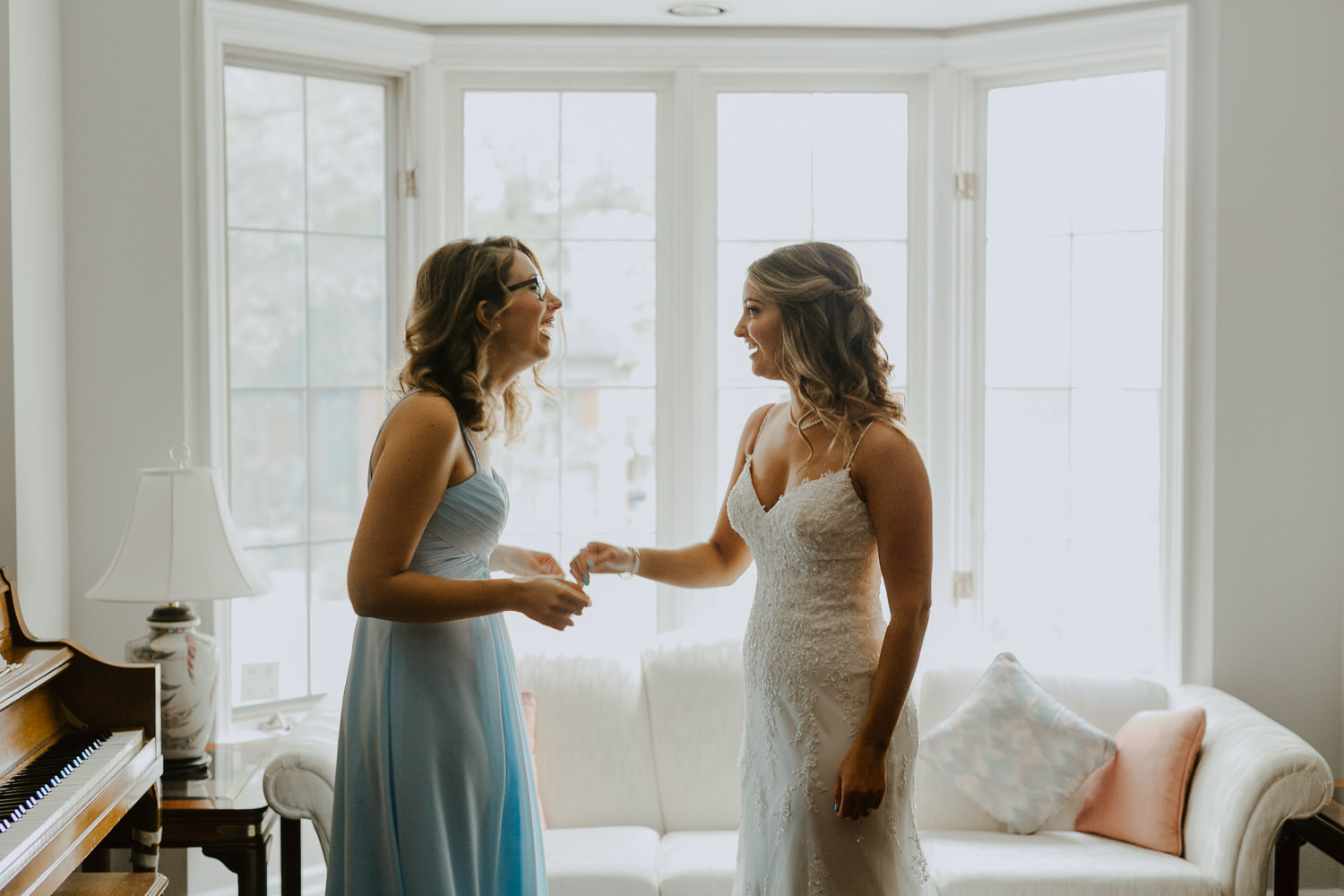 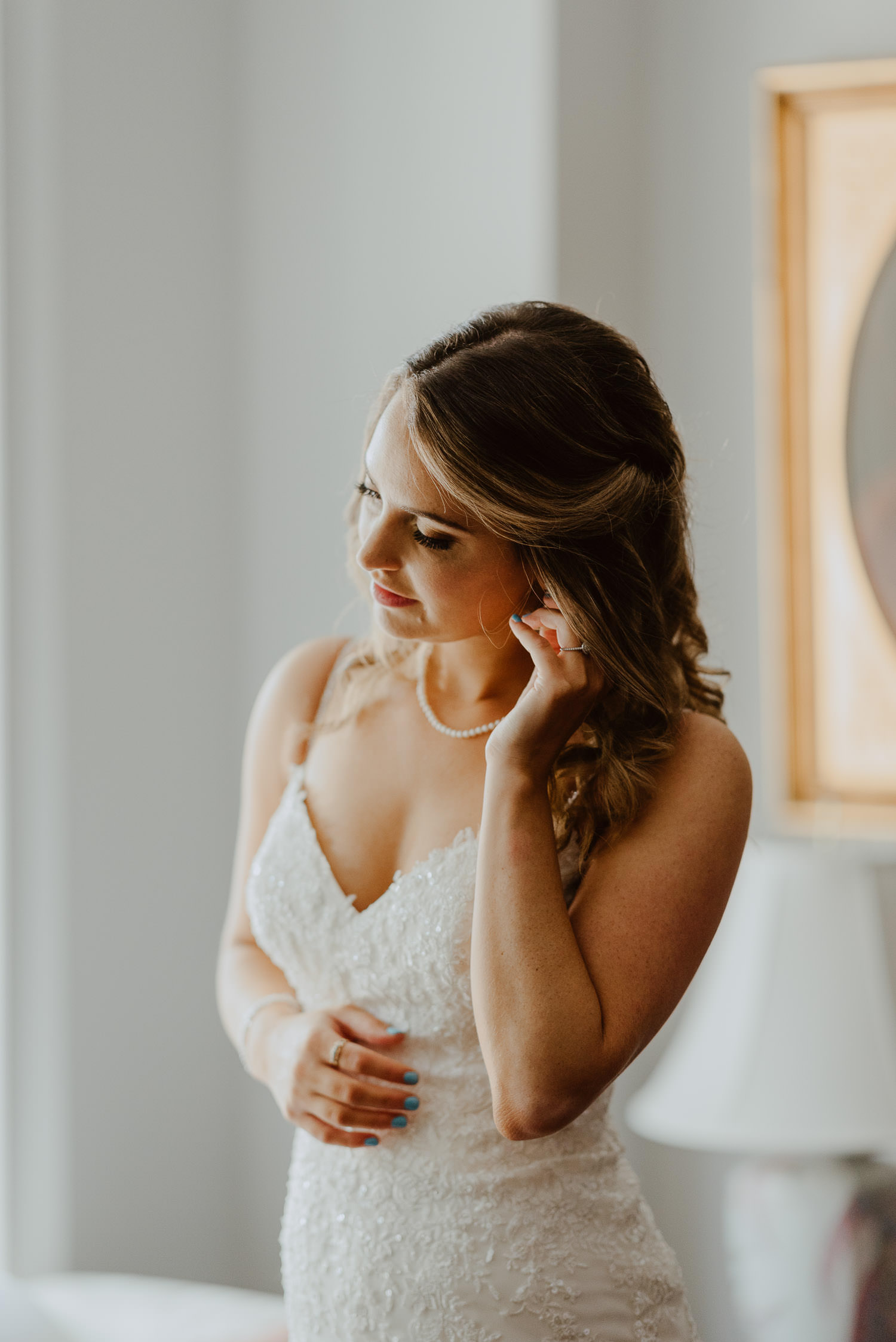 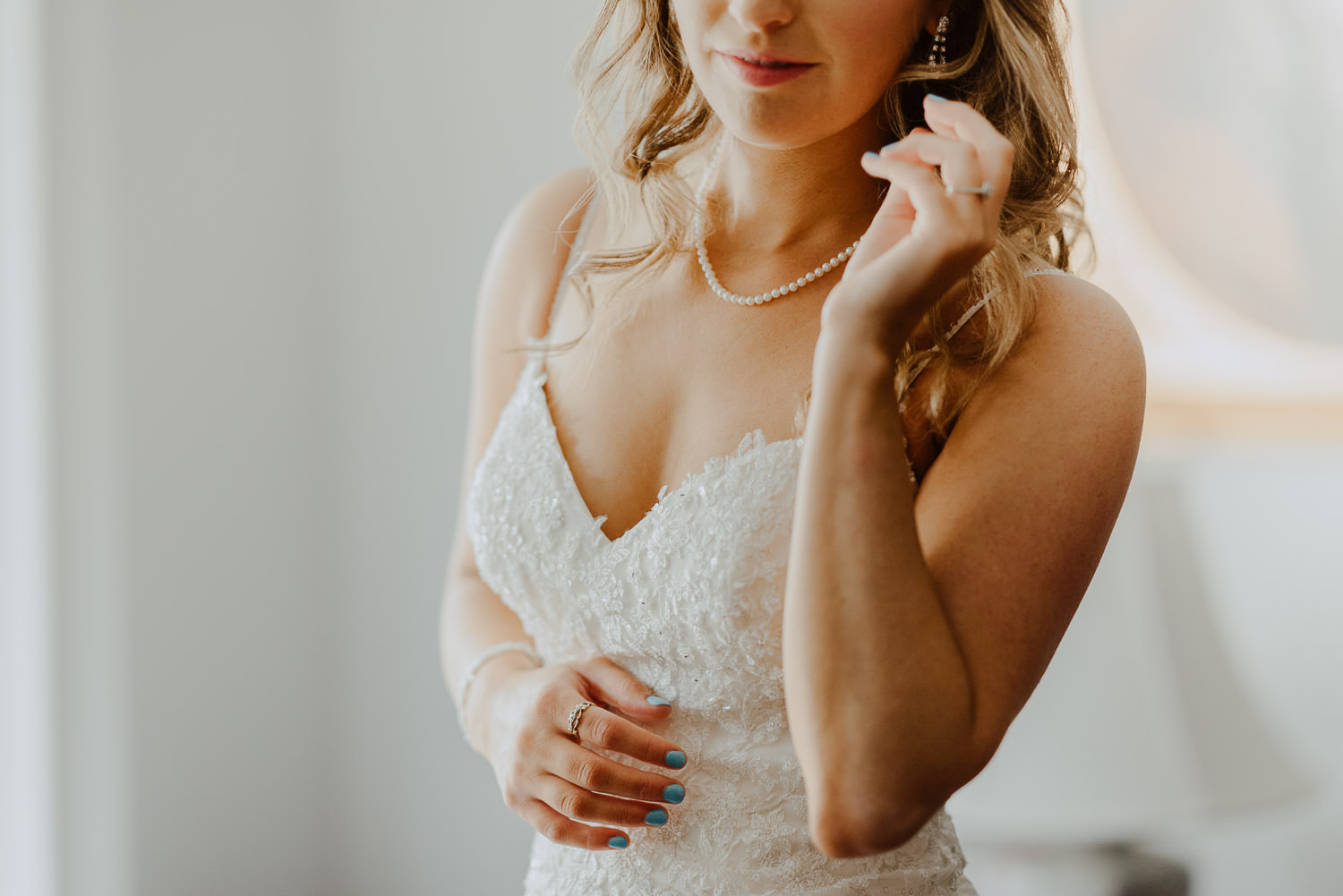 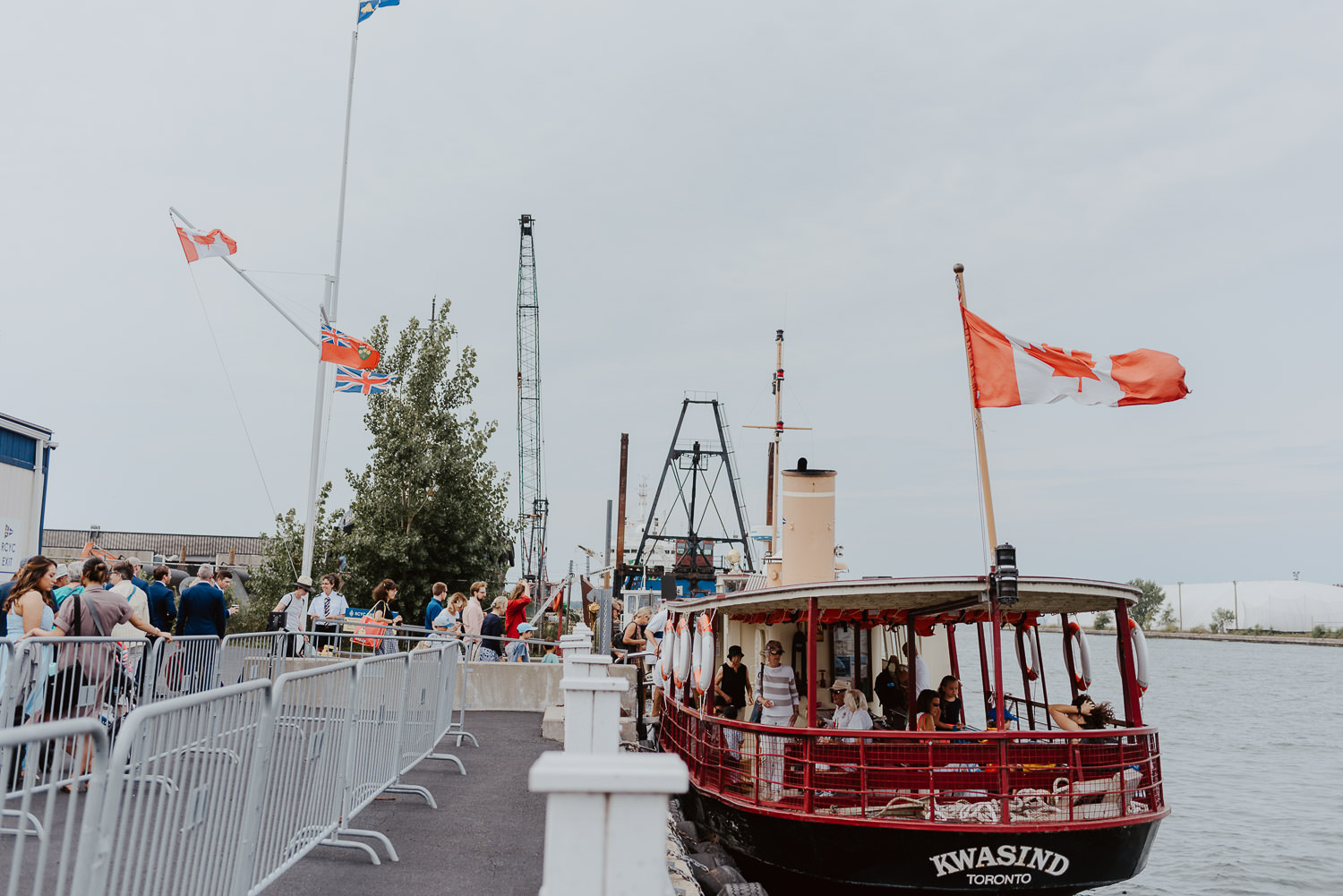 Jackie started the wedding day getting ready in her childhood home along with her bridesmaids, who wore pastel blue coloured dresses. Jackie wore a form-fitting wedding dress, matching pastel blue nails, and her late mother’s wedding ring. Later that afternoon, we took the ferry to the Royal Canadian Yacht Club (RCYC). James was also on the same ferry, but thankfully we managed to keep them apart before the first look. Once we arrived at the RCYC, I photographed a first look between Jackie and James under a willow tree. It was a really sweet first look filled with happiness. Afterwards, we took portraits with the bridal party around the island. The ceremony was originally meant to be outside, but the skies turned grey so the ceremony was moved inside.

At the ceremony, there were framed photos of each set of parents on their respective wedding days. During the ceremony, Jackie and James read vows they wrote for each other. Their guests and their bridesmaids teared up listening to them. The ceremony was a blend of Jewish and western traditions. At the end of the ceremony when James broke the glass under his foot, the whole room shouted a cheery “Mazel tov!” and a flurry of bubbles followed. It was the perfect ending to a meaningful ceremony.

Afterwards at the reception, the couple mingled with their guests throughout dinner. During sunset, I stole them for a few portraits on the pier. I always love taking sunset photos with my couples. I like the quiet alone time it gives them to relax and be cozy together. Jackie and James snuggled and practised their dance moves on the pier before heading back inside.

Up next were speeches from the parents and bridal party. Man oh man, were the speeches good! The speeches had everyone tearing up with emotion or howling in laughter. Afterwards, Jackie and James opened up the dance floor with their first dance to the classic song “Can’t take my eyes off of you” by Frankie Valli and the Four Seasons. When it came time for the horah, I could tell from the couple’s reactions that they were pretty nervous to sit in a chair way above guests’ heads, but once they were up in the air they had a great time. Jackie and James’ wedding at the RCYC was one of my favourite summer weddings. I’m so thankful to have been a part of their special day.

Photos are great! I’m getting married this year and these photos are getting me excited. How many guests did the couple have?

Hi Jessica, Congrats of your wedding! Are you getting married at the RCYC too? Thanks for your compliment. I believe Jackie and James had about 100-120 guests at their wedding.

Surprise proposal at the Thompson Hotel